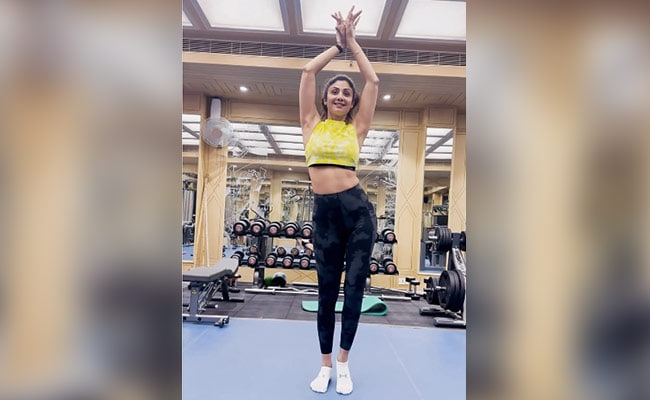 A still from the video. (courtesy: theshilpashetty)

Shilpa Shetty has also shared a step-by-step guide to nail the belly dance move. She added, “How to do it: Keeping one leg straight with the foot flat on the floor, raise the heel of the other leg as high without bending at the knee and then draw an outward circle with your hip. Repeat on the other side and work alternately (Imagine drawing the infinity sign) Once you master this move, you can perform a mix of slow and fast movements to challenge your core. Belly dance also helps in learning how to control the core and works on the deeper abdominal muscles. Different from the usual, isn’t it?” The actress ended her post by asking, “What does your Monday look like? Let me know in the comments below.”

In the clip, which is recorded inside a gym, Shilpa Shetty is performing the belly dance move with so much ease. Well, it was not just us, Shilpa’s sister, actress Shamita Shetty too loved it. She has dropped a bunch of red hearts under the post.

Before this, Shilpa Shetty spoke about the benefits of the “bird-dog” routine. The actress said that it “strengthens the core, glutes, shoulders, and arms. It works on improving balance.”