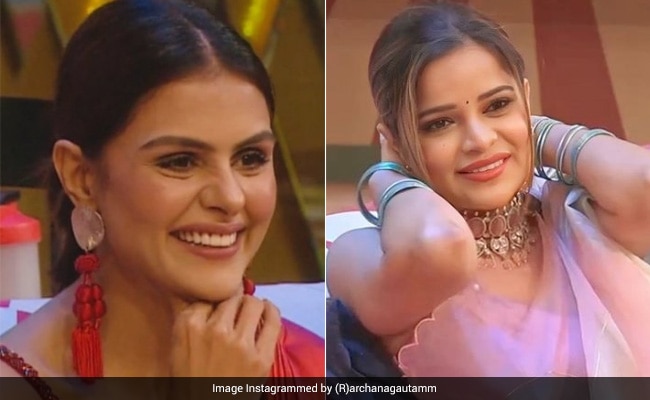 Tina Datta has had a tough few weeks in the Bigg Boss 16house. The actress was seen wondering whether she would have to leave the house on account of her broken tooth. She was also examined by a doctor, following which Tina tells Priyanka Chahar Choudhary that she may have to leave the house to get her teeth fixed. Amid this, Tina also asks Bigg Boss to send her chicken soup. On hearing this request, Bigg Boss calls Tina’s friends Priyanka Choudhary And Archana Gautam to the confession room and jokes about Tina’s request. Bigg Boss tells the duo that the first step towards helping their friend get chicken soup is to find a chicken, leaving Priyanka and Archana laughing.

The video, shared  by ColorsTV on Instagram, comes with the caption, “Bigg Boss ne ki Priyanka aur Archana ke saath masti (Bigg Boss is having some fun with Priyanka and Archana).”

During the latest nomination session on the show, there was a heated argument between Shalin Bhanot and Tina Datta where they both accused each other of being fake. Shalin nominated Tina and said she seemed fake to him, while Tina nominated Shalin and said he should be eliminated.

The argument took a negative turn with both of them using derogatory language against each other. Additionally, there were conflicts between other contestants such as Priyanka, Sumbul, and Nimrit. The task for the week was to fight for a ticket to the finale by attempting to take away Nimrit’s captaincy, but she was able to retain it.

On the last Weekend Ka Vaar episode too, Tina Datta was schooled by Salman Khan for her negative remarks about Shalin Bhanot. The actor specifically asks Tina why she kept these feelings to herself for 15 weeks. Using the exact words, Salman said in Hindi, “Shalin had requested me for something insignificant before entering the house. You kept all this in your heart for 15 weeks till things were good with Shalin, now you are revealing all this because things are not right with him?”

Salman Khan was referring to a conversation where Tina Datta told Priyanka Choudhary, “Do you know the funny part, why he (Shalin) tries to silence me? When he got to know that I am a part of the show, Shalin called one of my mutual friends before coming here and asked him to set a meeting with me. Shalin said he wants to be a team. He can never back out, there are proofs. He also met Gautam outside. How do you think they became so thick and were calling each other brothers from day 1.”

To catch all the live updates, fans can stream it on Voot Select. The show airs on Colors TV from Monday to Friday at 10 PM.

Pathaan Sets A Record Even Before Release: Shah Rukh Khan’s Film To Open In Over 100 Countries