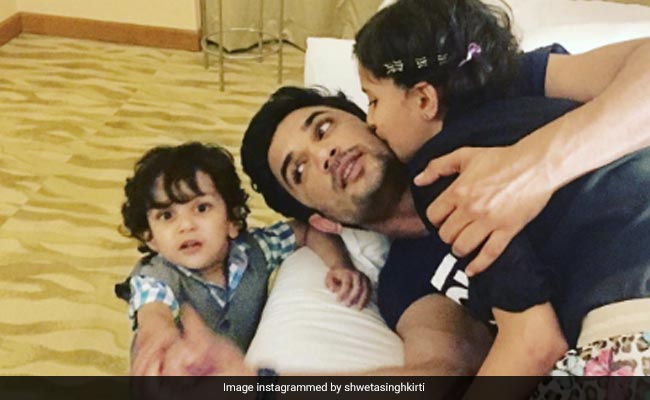 On Sushant Singh Rajput’s birth anniversary, his sister Shweta Singh Kirti remembered him with a throwback picture. She posted a picture of the late actor with his family and she wrote: “Happy Birthday mera cute sa sweet sa Bhai… Always remain happy wherever you are (I have a feeling you must be hanging out with Shiv Ji in Kailash) we love you infinity to the power infinity. At times you should look down and see how much magic you have created. You gave birth to so many Sushants with the heart of gold just like yours. I am so proud of you my baby and always will be. #sushantday #sushantmoon.” Sushant Singh Rajput was found dead at his Mumbai apartment on June 14 in 2020.

On Sushant Singh Rajput’s 2nd death anniversary in June last year, his sister Shweta Singh Kirti remembered him with these words: “It has been 2 years since you left your mortal abode, Bhai, but you have become immortal because of the values you stood for. Kindness, compassion and love for all were your virtues. You wanted to do so much for so many. We shall continue to model after your wonderful virtues and ideals in your honor. Bhai, you have changed the world for the better and will continue to do so even in your absence. Let us all light a lamp today and perform a selfless action to bring a smile to someone’s face.”

After his star-making performance as the lead on the show Pavitra Rishta, co-starring Ankita Lokhande, Sushant Singh Rajput made his film debut in 2013’s Kai Po Che!, which was also directed by Abhishek Kapoor.