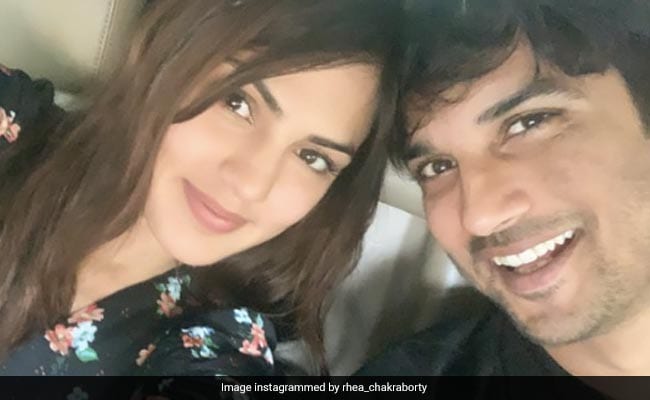 A throwback of Rhea and Sushant. (courtesy: rhea_chakraborty)

On late actor Sushant Singh Rajput’s birth anniversary on Saturday, his fans, friends and family members remembered him. Actor Rhea Chakraborty, who dated the actor for a few years, remembered him by sharing a special post on social media. Rhea posted a few throwback pictures of herself with him on her Instagram profile. In the caption, the actress simply added an infinity emoji and wrote “+1.” No caption needed. Sushant Singh Rajput was found dead at his home in Mumbai on June 14, 2020.

Meanwhile, Sushant’s sister Shweta Singh Kirti posted this throwback of her late brother with his family and she wrote: “Happy Birthday mera cute sa sweet sa Bhai…Always remain happy wherever you are (I have a feeling you must be hanging out with Shiv Ji in Kailash) we love you infinity to the power infinity! At times you should look down and see how much magic you have created. You gave birth to so many Sushants with the heart of gold just like yours. I am so proud of you my baby and always will be. #sushantday #sushantmoon.”

On the work front, Rhea Chakraborty was last seen in the thriller Chehre that featured Emraan Hashmi and Amitabh Bachchan in lead roles.