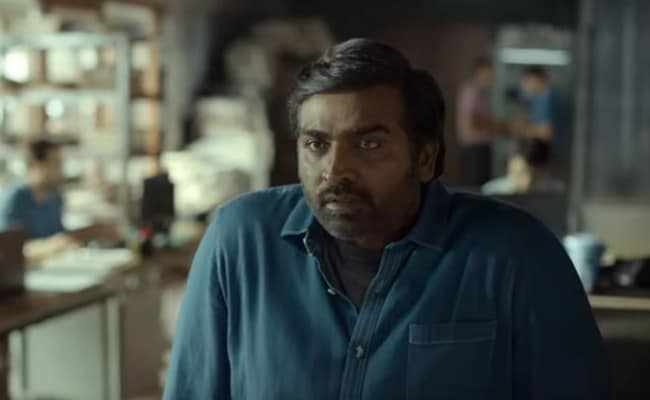 Superstar Vijay Sethupathi says his biggest worry in working on Farzi, his first Hindi web-series, was not his character, but the language. Farzi, by The Family Man‘ creators Raj Nidimoru and Krishna DK and also starring Shahid Kapoor and Raashii Khanna, will see the actor in the role of task officer Michael. Raj and DK have contextualised the character by showing his struggles with the language.

“I am an Indian man who always lives in depression. I am a common man, who always wants something and gets something else. He is fighting with his wife, (there is) misunderstanding. (He is) drinking everyday like (it is) a ritual… not happy with the work.

“He is a cop, but he is a fraud. He is a fraud but a good guy, at the same time he is a bad guy. He loves, he hates. He is a mixture… like, maybe a fruit salad…,” Sethupathi told PTI in an interview.

Raj and DK were praised for authentically casting actors in The Family Man and the director duo followed the same method in Farzi, which allowed them to get a choice of actors from different industries.

DK said while Shahid was always a part of the show, they were very keen on Sethupathi.

“We saw him in Chennai while shooting for The Family Man season two, Manoj (Bajpayee) wanted to meet Vijay and they both were meeting. When he was there, we all ran and sat in the room, then it was love at first sight,” Raj told PTI.

“So, we adapted the character to him before even meeting him and then went and told him about the character,” DK added.

The Tamil superstar has a growing fan following in the Hindi language audience thanks to OTT platforms. Streaming platforms introduced the audience to subtitled and dubbed versions of actor’s past hits Pannaiyarum Padminiyum, Kadhalum Kadandhu, Pogum, Vikram Vedha, ’96, Petta, Master, Vikram and Malayalam hit Super Deluxe during the pandemic.

But Sethupathi, who said the offer to star in Farzi came as a surprise to him, was still worried.

“I was very much worried whether I will do (it) like a robot thing,” he said.

Sethupathi joined the cast of of the crime thriller show after almost 40 days of shoot was completed, yet he felt at home, courtesy co-star Raashii Khanna. The two have worked together on four Tamil films — Imaikkaa Nodigal, Sangathamizhan, Tughlaq Durbar, and Kadaisi Vivasayi.

“She was treating me like a kid, saying that don’t worry everybody is there. Raj and DK are very sweet. And when I met Shahid for the first time, I didn’t know how he would be, but he made me feel very comfortable.” Post Farzi, the actor has a slew of Hindi projects — Shah Rukh Khan-led Jawan, Sriram Raghavan-directed Merry Christmas, and Santosh Sivan’s Mumbaikar – lined up for release.

“I did a film with Sriram sir (Raghavan) Merry Christmas and had a great time with the team and also Katrina (Kaif). I enjoyed it a lot and I learnt a lot. I did one silent film, Gandhi Talks and there is Mumbaikar with Santosh Sivan, it is my debut (in Hindi).” Sethupathi said he had a great time working with a “gentleman” like Shah Rukh on Atlee’s directorial venture Jawan.

“I really had a good time. He (Shah Rukh) is a gentleman, he will never show that I am in the industry for so many years and I am the superstar, no nothing,” he said.