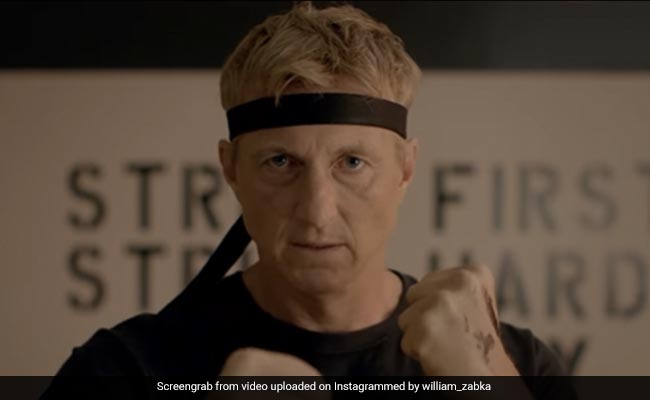 Streaming service Netflix has announced that popular series Cobra Kai will end with its upcoming sixth season. The streamer shared the news on Friday with a video message that teased that the show’s final chapter will be the “baddest” season of the series. Cobra Kai is a spin-off series connected to The Karate Kid franchise following the competitive world of martial arts in Southern California. The series started on YouTube for the first two seasons, before moving to Netflix.

In a statement, posted on the official Twitter handle of the show, creators Josh Heald, Jon Hurwitz and Hayden Schlossberg termed the decision to end the series “bittersweet”.

“Reacquainting the world with the Karate Kid universe has been our humble honour. Making ‘Cobra Kai’ has allowed us to join the same hallowed dojo once inhabited by the great Robert Mark Kamen, John Avildsen, Jerry Weintraub, and all the amazing original cast members.

“It has also enabled us to play sensei, expanding the original storylines and birthing a new generation of underdogs. We’ve never once taken this opportunity for granted,” they said.

The trio said they are glad that they get to end the series on “our terms, leaving the Valley in the time and place we’ve always imagined”.

“While this may be a bittersweet day for the fandom, the Miyagiverse has never been stronger. This fandom is the BEST on the planet and we hope to be telling more ‘Karate Kid’ stories with you down the line. Because as we all know, Cobra Kai Never Dies,” they concluded.

Cobra Kai is written and executive produced by Heald, Hurwitz and Schlossberg through their production company, Counterbalance Entertainment.

Will Smith, James Lassiter and Caleeb Pinkett executive produce for Westbrook Entertainment along with Susan Ekins in association with Sony Pictures Television. Macchio and Zabka also serve as executive producers.

(Except for the headline, this story has not been edited by NDTV staff and is published from a syndicated feed.)